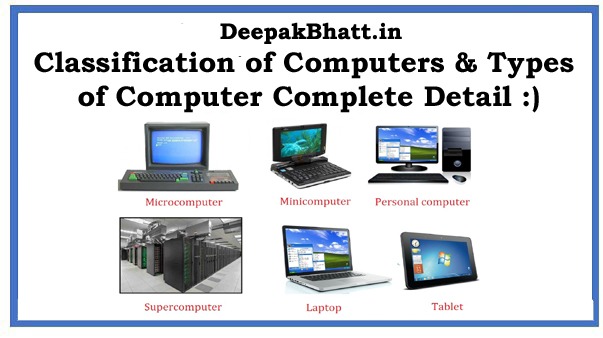 With this, what are the types of computers? And how many are there? You are going to get information about all of them in this post today.

Before this, you updated our website about Computer Memory and Computer Architecture, along with it did not know about Computer Software and Operating System. So do read it once. So let’s start the post. And know.

What is Classification of Computers?

Based on Working Principle

A form of computer. That you judge the ever-changing aspect of the physical Funman phenomenon.

Such as electromechanical or hydraulic quantity models and does not use analog discrete-value. Even if it uses constant values ​​the process cannot be reliably repeated with an accepted counterpart.

As they can turn machines into analog computers where Whiteley are used in scientific and industrial applications.

The accuracy of an analog computer is higher than that of digital computers. Analog computers are mostly used in technical research.

It operates on data in any class of device capable of solving a problem by processing information in a discrete form. In which magnitude letters and symbols are expressed in binary form.

For example, comparing using only the two digits 0 and 1 and menu plating these days it is for a combination of them.

A digital computer can perform such a task according to a set of instructions kept in its memory. As such controlling the industrial process and regulating the operation of the message accuracy of a digital computer is less than that of analog computers.

Hybrid computers are such computers. Which features of accessibility analog computer and digital computer.

These computers are used for special purposes mostly in scientific research and industrial applications, airplanes, etc. They can do all kinds of tasks that both digital and analog computers can do.

Based on the Size and Speed

Computer mainframes with large storage capacity and very high processing speed are not known. Support a large number of terminals for the same words used by many users.

Generally used in large organization industries and offices where a large amount of data is used to move. They are very expensive and are very large in size. And multiple users can use them at once.

And this is the key tension between a microcomputer and a mini-computer.

That a mini-computer is usually used to serve multiple users. Also, they are specially used for desktop publishing data processing programs, etc.

A microcomputer or personal computer is the smallest journal general-purpose processing system. Which is functionally similar to any other large system.

Microcomputers are self-contained units. and are usually designed for use by one person at a time. Which are especially used in the field of education. Data Processing Graphic Design Desktop Publishing is accounting word-processing per database.

A computer with a very large storage capacity and computing speed. And many times faster than other computers.

Supercomputer The speed of a supercomputer is measured in terms of millions of operations per second. And the operation is made up of several steps.

Whereas another computer’s speed is measured in terms of it in supercomputers used in applications including large-scale numerical problems in scientific and internal engineering disciplines.

The station is a special computer. Which is designed for the technology-intensive Prime Mi Premier League. Those that can be used by one person at a time are connected to a local area network.

And multi-user operating system workstation is also used loosely to refer to everything from a mainframe. Computer terminal for a PC connected to a network.

Where a variety of complex TATA-like 3D mechanical design engineering simulations and image and mathematical lighting have been optimized for visualization and manipulation.

Based on Brand or Company

The computers are identical to the original IBM PC XT and AT. And are able to run the same software they use, mimicking almost all the important features of PC architecture. which facilitates the choice of commodity hardware components by IBM.

Based on the Model

This is short form XT. The IBM Personal Computer XT contains a 4-bit microprocessor. Which is slow to process because they are based on old technology.

This is the short form AT. They used about 6 MHz Intel 8286 microprocessor, they can work fast with any software. Because they are based on new technology.

Its abbreviation Ps was issued to IBM’s third-generation personal computers. It was officially replaced by the IBM PC XT 80 and the PC convertible in the IBM lineup.

A desktop computer is a personal computer. Which is designed to fit on indexes or tables because of its size and strength requirement. Its configuration as a computer monitor keyboard and mouse

An extremely light personal computer typically weighs less than 6-pounds. And in terms of computing power, the briefcase is small enough to fit easily. If they had the same CPU memory capacity and disk drive quality as notebook display screens many quiet, books not display screens are limited to VGA regulation resolution. Active Matrix screens Very sharp images but they don’t refresh as frequently as full-size monitors.

A personal portable information manipulator is considered a sufficient 2 feet laptop computer in a laboratory. In the past, there was a difference between laptop and notebook but nowadays it is gradually the same way. As in early 1982, the term a laptop was coined to mean two separate mobile computers. Can be used very quickly on a slap.

Computers are a class of portable or book laptop computers that are smaller and lighter than notebook computers. This computer is sometimes confused with the ultra-mobile PC category. Which is the platform name of a small form factor tablet PC.

A computer build is the form factor. It is sometimes referred to as the Flame Top Handheld PC. Where the market disconnect continues and migrates to smartphones and tablets. Handheld PC Personal Digital Assistant Device running Windows CE.

What are the types of computers?

How many types was the computer divided?

How many Types is the computer divided on the basis of work?

On the basis of work, the computer is divided into 3 parts. These include analog computers, digital computers, and hybrid computers.

How many parts is the computer divided on the basis of the brand?

Based on the brand, the computer is divided into three parts. IBM PC, IBM Compatible and Apple Computer

How many parts is the computer divided on the basis of the model?

Based on the model, the computer is divided into three parts. EXTENT TECHNOLOGY ADVANCE TECHNOLOGY AND SYSTEM.

You people must have got complete information about it, how many states are there in the computer. And in how many parts all those types have been classified. 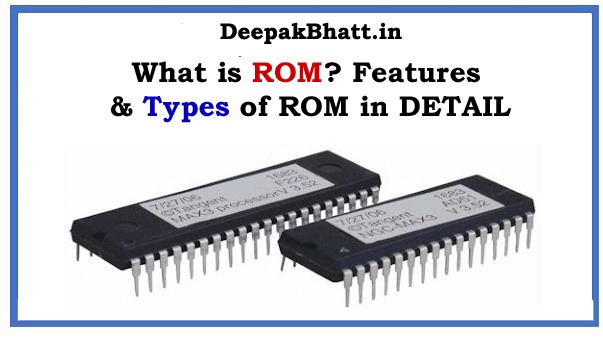 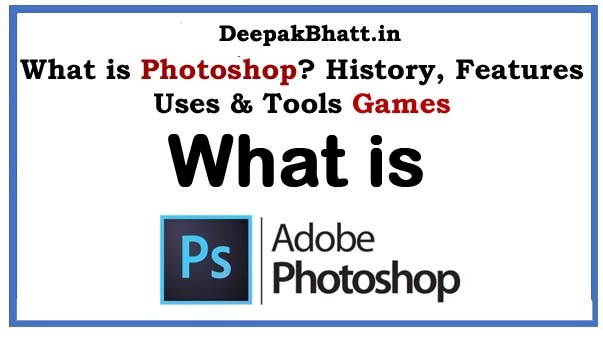 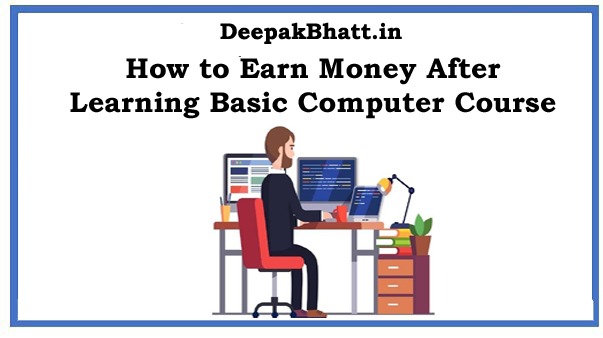 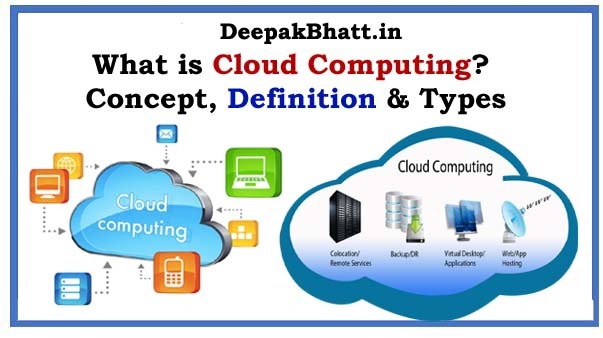